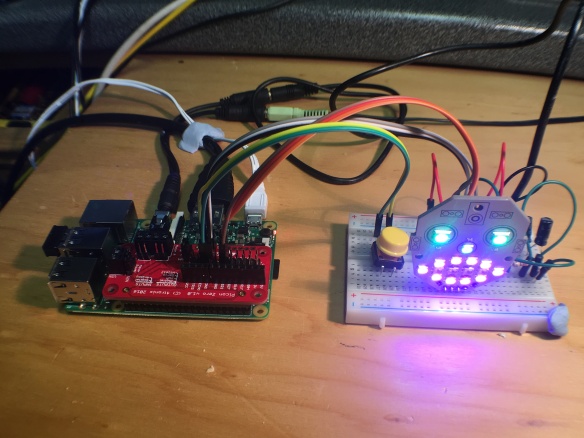 Recently I was sent a pre-production version of 4Tronix McRoboFace, which is a small face whose features light up with 17 Neopixel leds. It is ideally suited as a companion to their Picon Zero controller board, which already has software in its library to accommodate it. I experimented with the item, and the result was a project to produce a talking/singing face, which could respond to an audio input either fed from a microphone, or internally from a raspberry pi running Sonic Pi.

An article here gives full constructional details and links to the software used.

4Tronix hope to launch a kickstarter project for the McRoboFace soon. If you support it, this will give you a nice project with which to use it.

video link to the project in action, explaining itself!